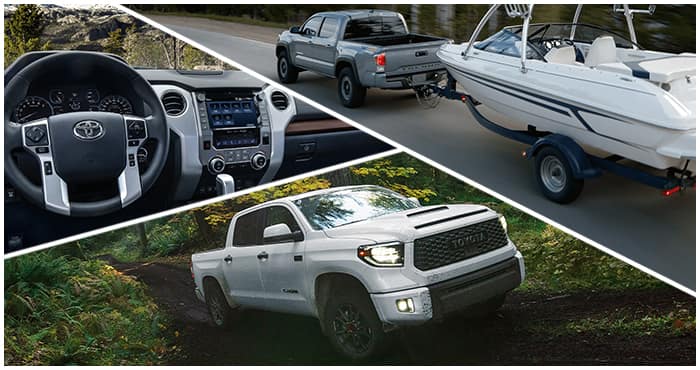 Known for their dependability and all-around ruggedness, the new Tundra and Tacoma models available at Dick Dyer Toyota might just be the most impressive trucks we’ve ever produced. Both Toyota Tacoma and Tundra bring new and exciting features to the table, along with a revamped look and feel that our South Carolina customers can’t seem to stop talking about. If you live in Columbia or any of the surrounding South Carolina communities and are in the market for a new truck, be sure to visit Dick Dyer Toyota to get a firsthand look at everything these newest Tacoma and Tundra models have to offer. 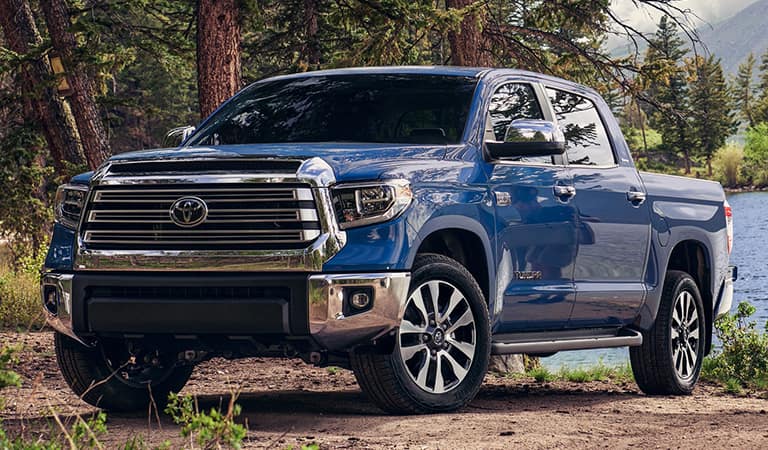 Tacoma goes off the grid confidently with features such as Crawl Control (CRAWL). Available features include: 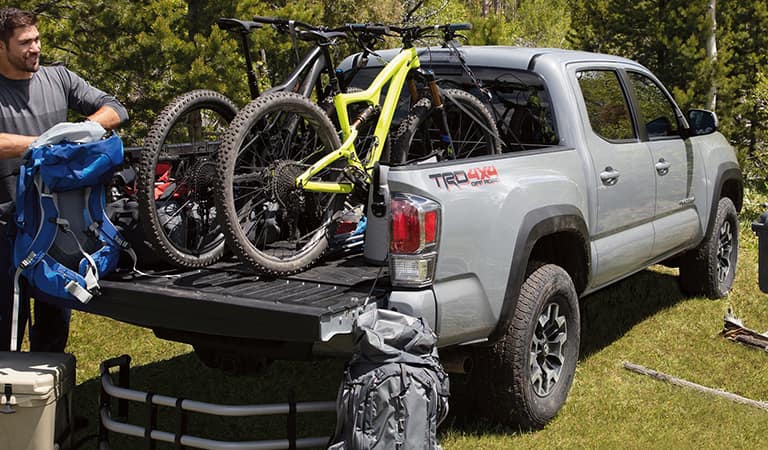 Which Toyota truck is available with a manual transmission?

The Toyota Racing Development (TRD) has taken Toyota Trucks, plus some Toyota SUVs, to a higher level with outstanding performance characteristics. The two available for configuration on these Toyota Trucks include the Toyota TRD Sport and Toyota TRD Pro. The difference lies in their components that take you far off the beaten path in the classic TRD style. The TRD Pro configuration is available in 4×4 Toyota models, with extensive features to impress.

What’s the key difference between the Tundra and Tacoma?

The Toyota brand has largely established its reliability and trust through Toyota’s pickup trucks, which they began manufacturing in 1968. Toyota silos their truck options to the Tundra and Tacoma, with a multitude of distinct trims for diversification. These Toyota trucks have one key difference: Size. The 2021 Toyota Tundra remains the larger of the two, with a more powerful towing capacity making for the ideal work truck, although the Toyota Tacoma is more fuel efficient, overall.

What’s the main difference between the SR5 and TRD?

The Toyota SR5 came before the TRD, making it the second-tier edition and the TRD, the third edition of Toyota upgrades. These packages differ depending on the trim configuration built in, but it’s easy to discover which you prefer based on MPG, engine, max. towing and horsepower. The main indicators of TRD/TRD Pro trims in a Toyota truck or other model include off its unique road tires, TRD dampers and graphics, a locking rear differential and 16-in. alloy wheels. If you have any other questions regarding differences between the Toyota truck trim levels, feel free to send us a message!