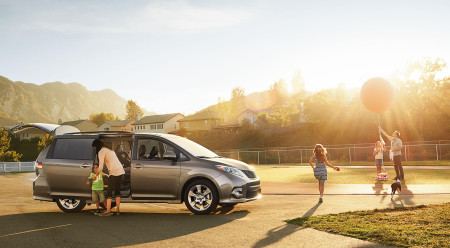 With every passing day children get even closer to becoming the future leaders of America. With so much of what they do focusing on science and engineering Toyota believes that encouraging children to explore STEM fields is the first step towards building the next great team of scientists and engineers to make an earth-shattering breakthroughs regarding mobility and transportation.

This strong belief in today’s youth has lead Toyota to donate an incredibly generous $1.44 million to continue to expand and upgrade the Michigan Science Center. However, this isn’t the first time that Toyota has gotten involved with the Michigan Science Center, in 2012 the Toyota Engineering Theater was first added to the center. The theater provides presentations from innovative and forward thinking people in the hopes of inspiring the youth. Some of the presentations include an Olympic kayaker who created the world’s largest whitewater rafting park, a NASA Jet Propulsion Lab engineering that is working on a 6-legged robotic rover, and a Toyota engineer that shows participations how she designs systems for vehicles on an actual car.

Having had much success with the opening of the Toyota Engineering Theater, Toyota wanted to help even more to expand the program to keep providing children and teenagers with the motivation to start projects of their own and go on to take on careers in STEM fields. The newest donation will be used to further expand the Toyota Engineering Theater by providing technical upgrades like a state-of-the-art HD projection system with 3D viewing, increased space and lighting upgrades, the designing of new programs and to be able to immerse students into the experience that the center provides more fully. This portrayal of STEM fields in a positive, fun, and interactive light helps to show children that math and science are not just subjects in a classroom, but the foundation of the future – a future they can help to create.

The Future Depends on Today’s Youth

Like the Toyota, many independent dealerships also believe in active community involvement, like us here at Dick Dyer Toyota. Feel free to explore some of the ways that we contribute to bettering neighborhoods close to home like Blythewood and Orangeburg on our website.

0 comment(s) so far on Engineers of Tomorrow